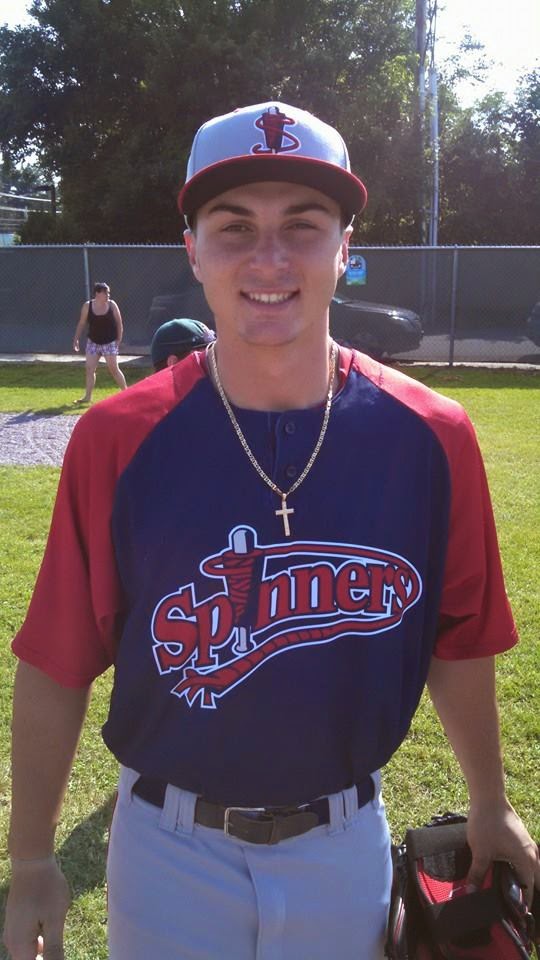 Growing up rooting for a baseball team, and striving to get into position to one day have a professional career are two very different things. However, occasionally, players can have their cake and eat it too, as prospect Nick Longhi is not only looking like a good bet to make some noise as a pro ball player, but he is doing it with the Boston Red Sox—the team he has loved since he was old enough to strap on a glove and hoist a bat.

Born in Massachusetts, the right-handed hitting, left-handed throwing Longhi ultimately moved to Florida where he starred for Venice High School. A candidate to be picked in the early rounds of the 2014 MLB Draft, he slid because of the belief he was going to attend LSU, where he had a solid commitment. Then the Red Sox came calling in the 30th round and everything changed. An aggressive offer and the chance to play for his favorite team was enough for him to set college aside for the time being and start his career.

After a slow start with the GCL Red Sox, Longhi was brought up to short-season Lowell, and he really took off, hitting .330 with 10 doubles and 10 RBIs in 30 games. Unfortunately, his tremendous momentum came to a sudden end in late July, as he was shut down due to surgery to repair a damaged thumb ligament.

Having just turned 19, Longhi is still in perfect position to rapidly move up the ranks of Boston prospects in 2015. Heralded by SoxProspects.com for his ability to hit and his potential for power, fans should be excited to see how he progresses in the coming years.

Recently, Longhi answered some questions about his experience in last year’s draft and the early stages of his career. Keep reading for more info on this outstanding young player, and make sure to give him a follow on Twitter to show support for someone who has a very good chance of playing in a Red Sox uniform in the not too distant future.

What was your favorite team and player when you were growing up, and why?: Definitely the Red Sox, I was born in Springfield, Massachusetts, so I was predetermined to be a Red Sox fan. It’s how I was brought up in the Boston sports atmosphere, even in Florida, and my favorite player growing up had to be David Ortiz because he's so clutch! Every time they need him to come through he does and it doesn't faze him.

You play multiple positions but which makes you feel most comfortable?: I feel comfortable at all the positions I play and I’ll play whatever gets me on the field.

If you could face one pitcher from any time in baseball history, who would that be and why? And how might you approach the at-bat?: Nolan Ryan, and I’d look first-pitch fastball or a two-seam fastball because he seemed like a pitcher with an ego and would want to blow the fastball by you, but I’d be ready

How did you first find out that the Red Sox were interested in you, and what was your draft experience like?: I found out when I met Willie Romay, the scout that signed me, at my game and he invited me to Jet Blue for a workout. The draft for me wasn't exactly a great experience because of me slipping so late in the draft, and to top it off, I didn't think I’d get the chance to sign but It worked out perfectly because I did sign and now I'm playing for my favorite team.

What moment or accomplishment from your first professional season are you most proud of?: I honestly can’t pick one because I was just proud to be in Lowell this year and putting that uniform on every day made me feel accomplished.,

What is the one part of your game that you hope to improve on the most?: I really want to improve my mental side of the game because I do expect a lot from myself and get upset when I don't perform to my expectations. But I feel it’s what drives me to work so hard and makes me try to improve every day. Just understanding the game is based on failure will help me because I hear it a lot but I just don't accept it because I’m hard-headed, haha.

Your 2014 season ended suddenly because of thumb surgery. How are you feeling?: I’m feeling great. It was unfortunate but it gave me the opportunity to work on things I needed to work on, and I'm hitting and practicing 100 percent so I'm happy as can be!

How much attention do you pay to all of the commotion made about Boston's great farm system, and where do you think you belong in those conversations?: It makes me feel very blessed to be a part of such a great organization. And I don't know honestly; wherever I am, I am.