Predicting the National League Rookie of the Year Winner

Jack Spring pitched in only 155 major league games in parts of eight seasons, but was able to accomplish some nice results during that time. The right-handed relief pitcher played for an astounding seven teams during those eight seasons- the Phillies, Red Sox, Senators, Angels, Cubs, Cardinals, and Indians, all between 1955 and 1965. Unfortunately he was never able to establish himself as a long term regular, despite his production.
The Phillies originally signed Spring in 1952. He first appeared with the big league club in 1955, but was never able to gain solid footing with them or any of the subsequent teams he played for. The closest he came was a three season stretch with the expansion Angels from 1961-1963, where he made a total of 120 relief appearances.
Spring posted a career major league record of 12-5 with a 4.26 ERA., and 8 saves. He was renowned for his lack of strikeouts, getting just 86 batters by punch-out in 186 career innings. He even once went 19 consecutive appearances without striking out a batter, still the longest streak in the major leagues since 1957. More information about Spring’s career statistics is available at http://www.baseball-reference.com/players/s/sprinja01.shtml.
I was recently able to ask Spring a few questions about his playing career. He was nice enough to send back his responses, which are posted below.
Jack Spring Questionnaire:
If you could do anything differently about your playing career, what would that be?: Probably could have worked harder in the offseason.
What was the strangest play you ever saw as a player?: Playing with Satchel Paige in 1956 in Miami, Florida.
Who was your favorite coach or manager?: Bill Rigney.
What was your favorite restaurant when you were on the road as a player?: Mexican food in Phoenix. No special one. While in Triple-A, Pacific Coast League.
Posted by Andrew at 7:04 AM No comments: 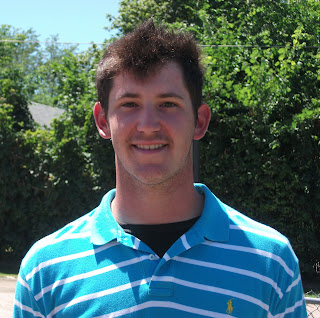 The Florida Marlins have been lucky with big right-handed pitchers recently, with the likes of Josh Johnson and Ricky Nolasco leading their starting rotation. Florida hopes that they will be able to continue this tradition with another young pitcher they have been developing in the minor leagues. His name is Josh Hodges, and if all goes well, he could wind up being the best of the bunch.

The 6’7, 235 pound Hodges was taken in the 7th round of the 2009 draft by Florida. He was a high school star in Mississippi. In his senior season he finished with a 13-2 record and 1.41 ERA.  On the other side of the ball, he also hit .506 with a team leading 16 home runs. Despite his hitting prowess, his 95 mph fastball was too much to ignore, and the Marlins drafted him as a pitcher.

Because of his age and relative newness to pitching, Hodges has been handled with kid gloves thus far in his professional career. He has gone 13-5 so far in his three seasons, but seems to have really come into his own in 2011. Hodges is playing this season with the Jamestown Jammers, and has gone 7-1 with a 3.60 ERA in 13 starts. More information about his career statistics is available at http://www.baseball-reference.com/minors/player.cgi?id=hodges001jos.

Hodges is a sure bet to be moved up to a higher level in 2012. If he continues to show a similar level of improvement that he has this year, he should start moving quickly through the Florida system. The Marlins are in full rebuilding mode, so the opportunity should be there for Hodges if he continues to pitch to his potential.

How did you first become interested in baseball?: It’s kind of a hard question. It’s been in my family. Since I’ve been young, I’ve always really had a ball in my hand, just playing baseball. My Mom asked me when I was younger, ‘what do you want to do with your life,’ and I told her I was going to play pro ball. And I’m here now.

How did you first find out that the Marlins were interested in you?: My senior year in high school, actually had one guy, Mark Willoughby, he came to about 10 out of 30 something games my senior year, and he was talking to me very heavily.

You were a pretty good high school hitter too if I remember correctly?: A little bit, yeah.
How did you decide on pitching?: That was one of the questions I asked, saying, ‘why am I not hitting?’ He said, ‘you know you threw 95,’ so that was one thing, especially with me at 6’7 or 6’8, they were kind of looking for a big bodied guy. So that’s how I’m a pitcher now.

What is your typical fastball velocity right now?: Right now I’m sitting anywhere between 93 and 95.

After you signed, did you do anything special for you and your family to celebrate?: Somewhat, yeah. I took me… and we have a water park in Alabama that we rarely go to… I took me, my Mom, my nephews, my brother, and half my family all went out there and just celebrated.

What has life been like so far in the minor leagues?: Yeah, it’s kind of a challenge every day, just really trying to get yourself better. Especially adapting from high school. It’s different for a college guy and a high school guy. Just learning how to pitch down in the zone, throw strikes, in and out, execute pitches. Everybody, every day, you’re working.

Did you have a favorite team or player growing up?: Favorite player has to be a good close buddy of mine, Eli Whiteside, for the Giants, and my favorite team has to be the Braves.

How do you know Eli Whiteside?: He’s actually from my hometown. His family and my family, we’re real close. He actually helped raise me a little bit. That’s one reason I got into baseball. That’s why I love it so much.

Posted by Andrew at 8:54 AM No comments: 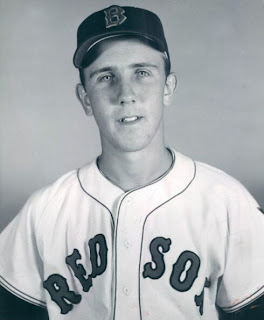