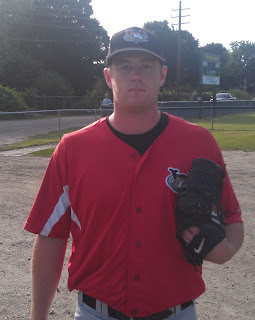 This past week I had an article about Houston Astros pitching prospect Aaron West appear in his hometown newspaper, The Everett (WA) Herald. You can check it out here: http://www.heraldnet.com/article/20120803/SPORTS/708039848/1004#Sizzing-start.
The full transcript of our interview is below.
Aaron West Interview:
How did you feel when you were assigned to Tri-City?: I was excited. At first I thought it was Tri-City, near Washington. Then I found out it was New York, and it was even better because I had never been to New York. I did a little research and found out the team has been good in years past and I was excited to come down here and play.
How has the season been going for you so far?: It’s been going great; a lot better than I expected, but that’s always a good thing. I’ve been working hard and going out every week and trying to perform my best. Right now the team is playing great and everybody is clicking. We’re all playing cards in the locker room and all that. We’re coming together as a team and its real fun.
How does playing minor league ball compare to playing collegiately?: It’s a lot more I feel because we’re playing every day. For school you have to practice for the week and then play three games on the weekend. I like going out there every day. I feel it gets you more into a routine.
What’s been toughest to get used to in the minors?: The hardest thing for me so far is the one time having a three hour bus ride in the morning and pitching that same day; trying to get your legs underneath you because you’re tired from the bus. I’m going to have to get used to it because it’s part of the life, but that was new for me.
What pitch have you been working on the most to improve this season?: So far I have been working the most on my changeup, but my fastball has probably been my best pitch, in and out at the knees and up when I need it to. My changeup is coming around, especially to lefties. I get it to dive away and help me keep them off-balance.
Have the Astros shared any specific plans that they have for you?: I haven’t heard anything, but I’ll do anything they need me to do.
Have you had time to reflect on how much has gone on for you over the past few months?: No. I signed the contract and was over here three days later. I haven’t looked back since. Started practicing right away and playing games. Maybe after the season is over I can look back and see how things went but right now I’m kind of living in the moment and taking it day by day.
How has pro coaching been compared to high school and college?: It’s pretty similar. I’ve had really good coaches in college, and coming here it’s just as good. I think I’ve been lucky having great coaching all the way around. They’ve really helped me and they know their game.
What are you looking forward to most during the off-season, or what do you miss most about Washington?: I miss the rain a little bit. It’s hot over here and I’m not used to that. Just visiting family and getting back with friends. Also, working hard in the off-season and getting better and coming back even better next year.
**********************
You can follow me on Facebook by going to http://www.facebook.com/pages/The-Baseball-Historian/138174109591660 or follow me on Twitter @historianandrew
Posted by Andrew at 9:26 AM