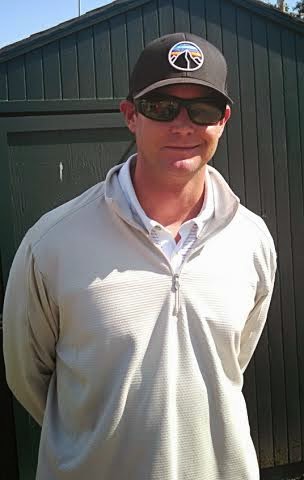 The 2007 Boston Red Sox were a dominant team that seemingly breezed their way to 96 regular season victories, never relinquished first place in the strong American League East after April 18, and finished with a commanding World Series sweep of the Colorado Rockies. That roster may have won it all that year but they don’t seem to have as much notoriety as other squads in recent memory. After all, the 2004 team claimed Boston’s first championship in 86 years, and the 2013 Sox were a bewhiskered band of misfits and castoffs that surprised many by taking home the franchise’s third World Series trophy in a decade. However, the players who contributed to Boston’s “middle championship” had some great characters and interesting storylines, including pitcher Kyle Snyder, who emerged to punctuate a comeback from a career’s worth of adversity.

The right-handed Snyder capped off his career with the University of North Carolina as one of the best hurlers in college baseball. His junior season in 1999 that saw him go 7-5 with a 3.82 ERA catapulted him up the prospect rankings and earned him the distinction of being that year’s seventh overall pick in the draft when he was chosen by the Kansas City Royals.

Unfortunately, he was blitzed by injuries from the start of his career. After debuting with seven starts in the Rookie League in 1999, he made just two appearances in 2000 and missed all of 2001 with Tommy John surgery. In addition to other disabled list stints, he also missed the entire 2004 season with a torn labrum in his throwing shoulder.

Despite his run of physical issues, his talent permitted him to make his major league debut with Kansas City in 2003, and also have stints with them in 2005 and 2006, going a combined 2-9 with a 5.91 ERA.

After being tagged for nine runs in just two innings on June 8, 2006 in a start (Kansas City went on to win 16-12), he was released. The years of injuries and not having been able to establish himself had finally taken their toll.

In 2006, the Red Sox were a good, not great (86-76) team that was in the playoff hunt until the last month and a half of the season. However, the back end of their starting rotation was a question mark all year, as Jon Lester, Matt Clement, David Wells, Kason Gabbard, Lenny DiNardo, Julian Tavarez and Jason Johnson all made between 6-15 starts with varying degrees of success.  Seeing an opportunity, Snyder was grabbed off waivers and given the chance to make good.

In 2007, Snyder pitched exclusively out of the bullpen as Boston’s long man. He had the best season of his career, posting a 2-3 record with a 3.81 ERA in 46 appearances. Unfortunately, it was a tale of two seasons, as his 5.24 ERA in the second half nearly doubled his 2.81 mark from the first half. Consequently, he was left off the team’s postseason roster. Nevertheless, he was a big part of the team’s overall success.

Following a 21.60 ERA two 2008 appearances with Boston, Snyder bounced around the minors and independent ball before retiring as a player following the 2011 season. A full rundown of his career statistics is a testament of the hard work he put in to overcome the many challenges during the more than a decade he spent in pro ball.

Since leaving the mound, Snyder has not given up pitching altogether. He has been employed by the Tampa Bay Rays as a minor league pitching coach since 2012, and is currently one of the organization’s pitching coordinators.

Recently speaking with Snyder, it was obvious he thoroughly enjoyed his time with the Red Sox. Keep reading for some of his recollections from his time in Beantown.

How did you come to sign with the Red Sox?: I was claimed off waivers by Boston when I was with Kansas City in June of 2006. So, that is how my contract was purchased by Boston.

Other that the 2007 World Series winning team, what is your favorite moment during your time with the Red Sox?: The relief appearance in 2006 behind David Wells (against the Cleveland Indians). It covered 4.2 (actually 4.1) innings scoreless, and David Ortiz hit a walk-off home run in the ninth. It was a home game.

How does Fenway Park compare to other parks you played in throughout your career?: No comparison. The history, you know, you’re playing on the same field as the likes of Ted Williams, Babe Ruth, the great Johnny Pesky. My major league debut was there, and obviously spent two-plus years with the [Red Sox]. Baseball is always better with history for me, and the history kind of surrounded Fenway Park. It’s a most special place.

Who would you say was the unsung hero of the 2007 team?: (After a 10-second pause to think) Hideki Okajima. The role that he played… Going into that season, there weren’t real high expectations for him but the role he played, getting to Papelbon, you know, kind of bridging that gap. He was definitely recognized but I think he probably played a bigger role than people probably recognize.

As a player, what is the aftermath of winning a World Series like in terms of the whirlwind and emotion of it all?: It’s indescribable. It’s going to be tough for me to top the 2007 year, from the standpoint of my career as a player, even into this transition now as a coach. It was a special season. We all got along really, really well. In winning you typically develop chemistry, and we got out of the gates really well. It was just a great group of guys that played well together and enjoyed spending time together. That kind of plays a critical role in spending an entire year together. 12 hours out of the day you are spending more time with your teammates than you are your family. If everybody gets along, it typically creates the environment that you’re looking for. There’s no question for me that Boston, my teammates, my friends always hold a special place in my heart.

This article originally appeared on SportsReelBoston.com.