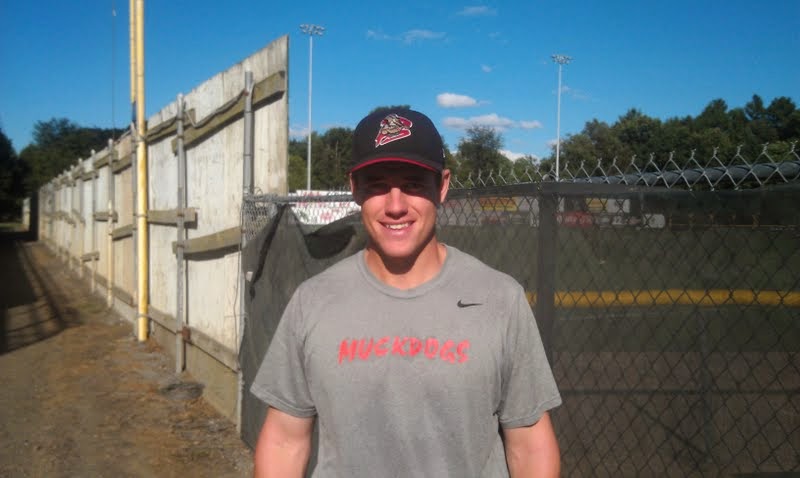 Matching up in the 2013 World Series against the Boston Red Sox, the St. Louis Cardinals garnered significant attention for being a self-sustaining organization. 18 players on their roster were drafted or signed and developed through their minor league system—a really impressive figure in this age of free agency. One player who hopes to be a cog in that machine is third baseman Patrick Wisdom, who came to the team with big expectations and is getting closer to the major leagues every day.

The right-handed hitter from Murrieta, California had a stellar career with St. Mary’s College of California, hitting a combined .303 with 29 home runs in three seasons. His production earned him significant attention, and in 2012 the Cardinals took him with the 52nd overall pick (first round-supplemental) in the draft.

It may be Wisdom’s glove that gets him to the majors but his bat is could be what keeps him there. If he is able to unlock his potential, his power and defense combination is the perfect skill set for an effective player at the hot corner.

I had a chance to interview Wisdom in 2012 during his first professional season when he was playing for the Batavia Muckdogs in the New York-Penn League. Keep reading for more on this St. Louis prospect.

Growing up, who did you like for teams or players?: It was mixed. I grew up in California so I really grew up watching the Padres. Big Ken Caminiti fan. And then as I got older, I started liking the Angels and became a Troy Glaus fan. So yeah, it was a mix, but I always followed the Angels and the Padres.

Do you have a favorite baseball memory from when you were growing up?: Yeah, the last time we went to Cooperstown, New York and played in the Hall of Fame Tournament. I won the home run derby there. That’s a moment that I’ll never forget and I always reminisce on that. It was fun.

Coming out of high school, did you have any thoughts about going pro instead of to college?: You know, I always thought I could play at this level but I didn’t get any offers out of high school, which was fine. I had a blast in college. I learned a lot. Grew up a lot. I’m glad I went to college.

What was your draft experience like?: It was mixed. Early on, I heard, really high, really high. It was still there but wasn’t as high. You know at the end the day (Day 1 of the draft) was there. It was kind of a last minute deal. My advisor at the time, he said ‘Hey, it’s probably not going to happen but tomorrow will be a for sure thing.’ But then he called me five minutes later and said it’s going to happen. It was kind of up and down on that day but it was fun to see a lot of friends go and I was excited to see my name called.

Can you explain to those of us who wouldn’t know, what’s the first thing that happens after you get drafted?: I honestly had no idea what was going on. I just stuck by my phone and waited for the call, and then waited for my agent to call me back, and waited for the scout to call me back. Then, I kind of did nothing. I just hung out with my family and embraced the time with my family that I had. It was awesome and an unbelievable experience.

How difficult is it to play with the scrutiny that comes with being a top pick?: I’ll admit at first it was a lot of pressure but I had to get in the groove of things and just kind of forget about it and go out and play the game. That’s all the coaches and the organization wants you to do. They’re not looking for you to be spectacular; they just want you to go off and play. They picked you for a reason, and I was fortune to be picked pretty high. They just want you to go out and play your game and play like you know how.