A media release from the Gulf Coast League:

“Beginning my career as a professional baseball umpire this week is a privilege that goes beyond words,” said Pawol. “I went to the Major League Baseball Umpire Camps and the Minor League Baseball Umpire Training Academy with an open mind, a strong work ethic and a passion for umpiring, and I’m honored to be starting this exciting journey in the Gulf Coast League.” 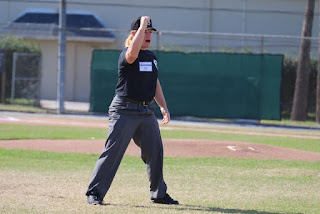 “Jen worked extremely hard during the Minor League Baseball Umpire Training Academy and proved herself during a very competitive Advanced Course to earn this assignment,” said Minor League Baseball Director of Umpire Development Dusty Dellinger. “We are pleased to have someone of her talent joining the professional umpiring ranks and I’m confident she’ll do a great job.”
Pawol was a decorated softball catcher and shortstop at Hofstra University and competed for the USA Baseball Women’s National Team. She later received a master’s degree in fine arts from Hunter College. Pawol began her umpiring career in 2006 and worked Division I softball through 2015, including assignments in the Big Ten Conference during the 2013-15 seasons.

Pawol and partner Scott Molloy will open the 2016 season on Friday, June 24, in Dunedin, Florida, as the GCL Blue Jays host the GCL Tigers at noon EDT. The Blue Jays’ complex is located at 1700 Solon Avenue, Dunedin, Florida 34698. Pawol’s second game will take place the following day in Lakeland, Florida, as the GCL Tigers host the GCL Blue Jays at 10 a.m. EDT. The Tigers’ complex is located at 2125 North Lake Avenue, Lakeland, Florida 33805.

About the Gulf Coast League 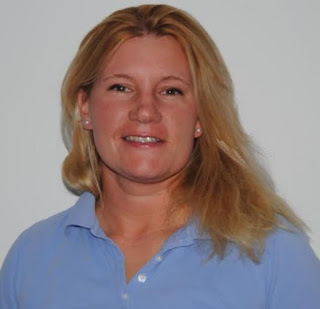