The Houston Astros may have lost 111 games in 2013, but make no mistake about it, they are a team on the rise. That optimism is largely based on the strength of their minor league system, with ESPN’s Keith Law even recently ranking them (subscription required) as the best in baseball.

One of Houston’s prospects that has made an ongoing splash since joining the organization is outfielder Preston Tucker. The 23-year-old left-handed slugger has begun his professional career with a bang and has an opportunity to earn a spot with the major league club in the future if he can continue his strong play.

Tucker played collegiately at the University of Florida. The Gainesville Sun reported he was a two-time All-American, and upon leaving school in 2012, did so as their all-time leader in a number of categories, including hits, games played, RBIs, doubles and total bases.

Tucker was selected in the 16th round of the 2011 draft by the Colorado Rockies but returned to school for his junior season. The moved paid off handsomely, as he moved up to the seventh round and the Astros in 2012.

After signing, he played in 42 games for Houston’s short-season affiliate, hitting an impressive .321 with eight home runs and 38 RBIs.

He was moved up to full-season ball in 2013, and proved he could more than handle the promotion. Appearing in a combined 135 games with the High Single-A and Double-A teams, he tuned up opposing pitchers at a .297 clip with 25 home runs and 103 RBIs. Perhaps most noteworthy was his excellent plate approach, which resulted in a 56/91 walk/strikeout ratio.

It figures that Tucker will start 2014 in the upper levels of the minors. If he continues swinging a big bat, a major league debut may not be far away.

During the 2012 season, I had a chance to chat with Tucker when he was playing on the road with the Tri-City Valley Cats. It’s clear the young outfielder is very focused, and given his results, all his hard work is paying off. 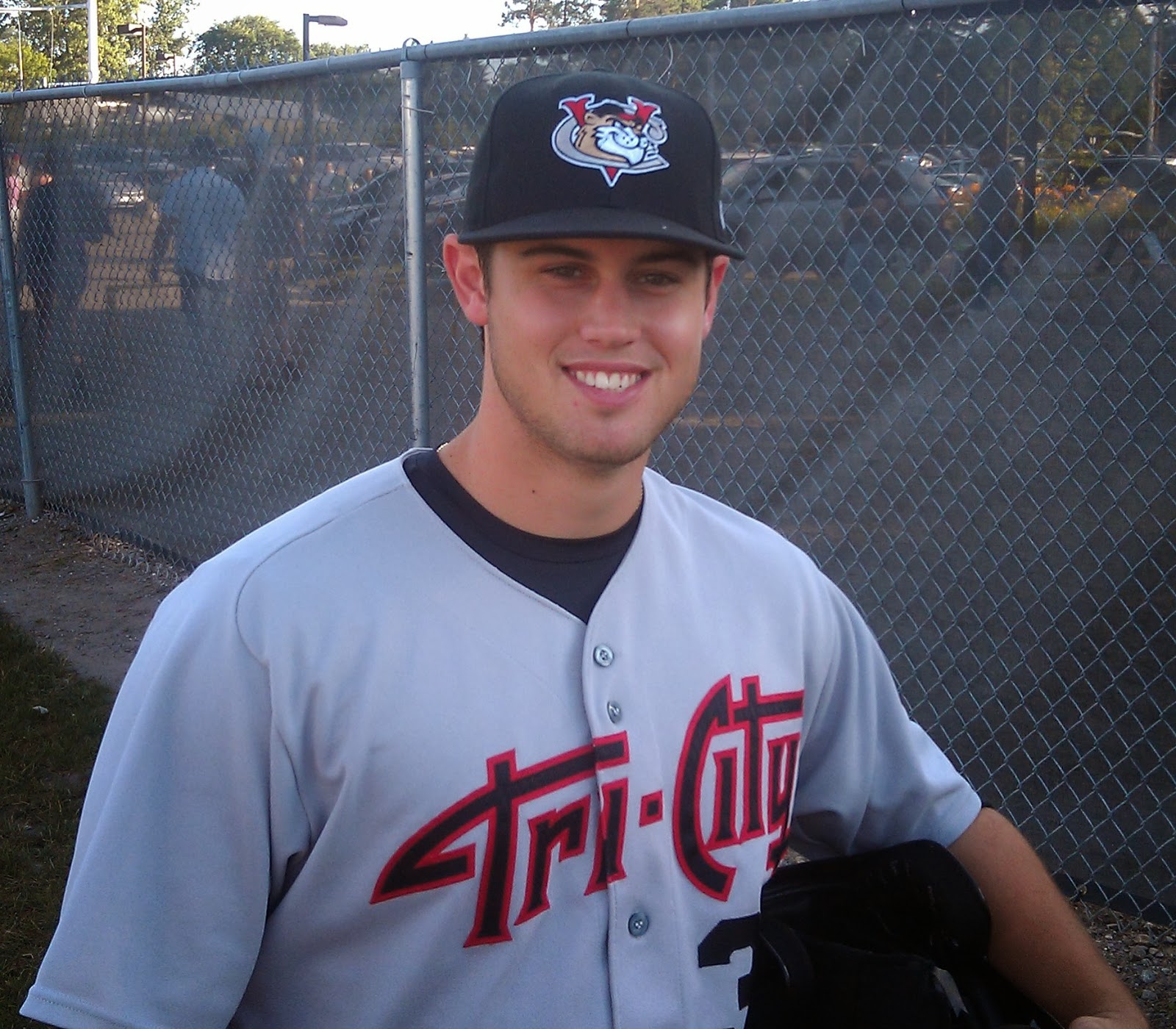 How did you first get interested in baseball?: Obviously baseball is a little slower than some other sports, so it wasn’t my first interest. I liked soccer and some other fast paced sports. I got into it in Little League and found out I was pretty good at it so I decided to continue.

Did you have a favorite team and player when you were growing up?: I’m from Tampa. My favorite team has always been the Rays. Player? Back in Little League and high school I always liked to watch Ken Griffey, Jr. play. He was always my favorite.

What was your experience like playing at the University of Florida?: You obviously see all the talent of the guys who are going to play for a long time around you, so that’s fun. You’re playing intrasquad games and you are watching really talented players develop and grow

What was your draft experience like? How did you find out the Astros were interested in you?: Well you know, teams talk to you in the fall and you see what teams are interested and which teams aren’t. I was actually at practice when I got selected. It was a pretty cool experience. It was obviously an exciting way to get drafted.

Having signed your first professional contract, do you plan to do anything to celebrate for yourself or your family?: You know, my brother plays ball too; he’s travelling around. Actually when I came to terms I was with my mom and sister at home, and my dad and my brother were off somewhere else. So we just went out to dinner. It was something small. I’m sure when I get back we can all do something together.