Bullying prevention has been a cause célèbre across the country during the past year. A number of bullying incidents caught on tape, and in some cases children committing suicide, brought a high level of attention to the subject. Like many other high profile entities, MLB became involved in the efforts to stop the bullying epidemic that has resonated so much with the public. Unfortunately these efforts right now are little more than lip service until MLB takes a stand and does something about the hazing that goes on every year with their teams.

Bullying takes many forms. It is not necessarily about violence, but often centers on exclusion or making one feel inferior or vulnerable. The hazing that occurs in MLB falls into the latter category. Towards the end of each season, a tradition has emerged that has the rookies on each team dressed in ridiculous, and often gender-mocking costumes by the veterans, who paraded them around publicly for amusement.

Many people will point to the tired cliché of this practice simply a case of "boys being boys," but with professional players being such visible role models, lines must be drawn. What message does it send when baseball players that are looked up to by numerous children, probably many of whom experience bullying, see their heroes participate in this hazing as either the aggressor or the victim?

A popular type of costume that is forced upon the rookies is to dress them in various dresses or other feminine costumes. Just last week, the website http://deadspin.com reported on San Diego Padre rookies being dressed up as Hooters’ waitresses. Although the initial reaction may be to laugh at seeing a burly athlete in such unfamiliar clothing, it also enforces the notion that to be female or be feminine is to be weak or something to be made fun of. It is a representation of bringing the rookie's sexuality or gender into question, and making that something to be laughed at. With MLB's healthy female and gay fan bases, why would they want to persist with such stereotypes? 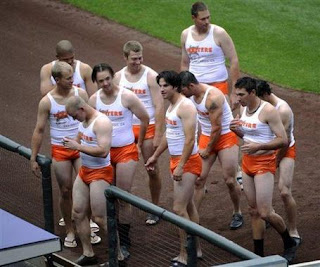 http://deadspin.com/5051838/possibly-the-most-disturbing-baseball-hazing-photo-youll-ever-see
This past year at least 9 MLB teams became involved with the "It Gets Better" campaign, an effort to end anti-gay bullying and homophobia. Teams also became involved in other anti-bullying projects, including the Boston Red Sox, who were convinced by 12 year old Sam Maden to help him make an anti-bullying video. Gordon Edes wrote an excellent article earlier this year on that project
(http://sports.espn.go.com/boston/mlb/columns/story?columnist=edes_gordon&id=6628965). Despite this good work, the Red Sox persisted in continuing to haze their rookies this season. 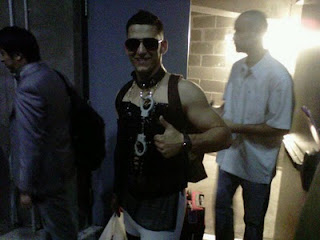 The hazing occurring in MLB is not just something that occurs over one day and then is forgotten. With the explosion of social media, pictures of hazing appear regularly on sites like Facebook and Twitter, posted not only by the players, but also by media. The message that this sends to the millions of followers and friends on these sites is that it is okay to demean others if you are in a position of dominance, and that baseball doesn't truly care about the effects of bullying.

The general ideas behind the hazing rituals is that the rookies have not yet earned their dues, and that the hazing helps build team unity. Excuse me, but if 12 hour bus rides and eating at Subway 15 times a week are not paying dues, then I don't know what is. Also, nothing builds a team like winning or doing group activities together like volunteering with a charity that specializes in bullying prevention.
With the average salary in MLB being over three million dollars, one would think that hazing would be a little beyond the players. To my knowledge you don't see doctors or Wall Street bankers being paraded around wearing outlandish or demeaning costumes. What this is really about is that the veterans had it happen to them, and they are going to make sure they get to play the dominant role. 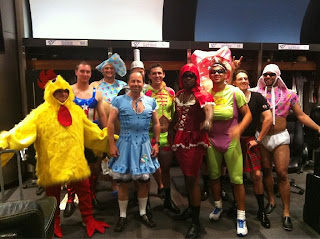 The rookies talk about participating in the hazing because they know it is expected of them and they want to be accepted. Nobody questions what would happen if they refused. In all likelihood, refusal to participate would not go well. Just look what happened in the NFL to the Dallas Cowboy’s Dez Bryant, who declined to carry his teammate's equipment off the field. In additional to likely verbal harassment, he was stuck paying a dinner bill in excess of $54,000.
If MLB is serious about being a voice in the efforts to prevent bullying, they need to take a long, hard look at what is currently going on within their organizations. Baseball players may not want to be role models, but the simple fact is that they are. It is one of the sacrifices they make for playing professional sports and having all of the opportunities that they earned from years of working hard to perfect their skills. If MLB wanted to really help end bullying, the best thing they could do is by ending their current hypocrisy.
**********************