The Music is Still Sweet: A Conversation with Frank Viola 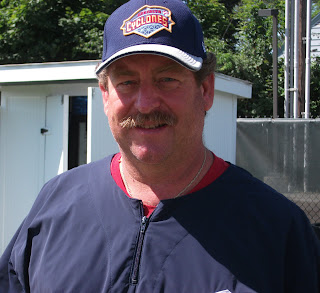 Frank Viola was always the definition of a “silky left-handed pitcher.” With his seemingly effortless delivery, which produced excellent results during his career, he more than earned his nickname of “Sweet Music.” If injuries hadn’t effectively ended his career at age 34, it would have been interesting to see where his final numbers would have ended up.


New York was where Viola developed as a baseball player. He grew up a Mets fan in East Meadow, and later attended St. John’s University on a baseball scholarship. It is a place that is very important to him, and even today you can immediately identify his roots just by hearing him speak.


Viola was first drafted in 1979 by the Kansas City Royals, but he declined to sign in order to return to college. It was a fortuitous decision, because in 1981 he was chosen by the Minnesota Twins in the 2nd round. The Twins became the team that Viola will always be most linked with, and where he achieved his greatest success.


After just 25 minor league games, Viola was deemed Major League ready and summoned to the parent club. He struggled in his first two years, with an 11-25 record and an ERA over 5.00. Fortunately the Twins stuck with him, and their loyalty subsequently paid off handsomely.


Viola developed into one of the best pitchers in all of baseball, compiling a number of impressive career highlights. He helped the Twins win the 1987 World Series, and won the Series MVP award, after winning Games 1 and 7 against St. Louis. Viola was also named the 1988 American League Cy Young Award winner after going 24-7 with a 2.64 ERA.


As the 1989 trade deadline was about to expire, Viola was sent to the New York Mets for a package of young players that included Rick Aguilera and Kevin Tapani. The move was designed to reload the Twins with cheaper talent, and did ultimately pay off, as the team won the World Series again in 1991. It also allowed Viola to return to his New York home.


Viola won 20 games with the Mets in 1990 and 13 in 1991, but the team was not able to overcome the Pittsburgh Pirates’ mini-dynasty, led by Bobby Bonilla and Barry Bonds. The Mets finished no better than second place during Viola’s tenure in New York.


In January, 1992, Viola signed a three year free agent contract with the Boston Red Sox. He posted solid numbers during his first two seasons with them, but in early 1994, he hurt his arm and had to have Tommy John surgery. Unfortunately he never made it all the way back from the injury, and only won one more Major League game in his career, finishing up in 1995 with the Cincinnati Reds and 1996 with the Toronto Blue Jays.


Over the course of 15 Major League seasons, Viola posted a record of 176-150, with a 3.73 ERA, and 1,844 strikeouts. He made three All Star games, and was generally considered one of the most consistent pitchers in the game while he played. More information on his career statistics is available at http://www.baseball-reference.com/players/v/violafr01.shtml.


I will always remember Viola as the best pitcher on the great, but underrated Minnesota teams of the mid-to-late 1980’s. They were a blend of talent and interesting characters, with a roster that also included Kirby Puckett, Bert Blyleven, and Kent Hrbek.


It was a thrill to be able to chat with Viola recently, when he came to town in his new capacity of pitching coach with the Brooklyn Cyclones. Not only does he still look surprisingly similar to how he appeared 20 to 25 years ago, all of his time in the game and the spotlight has not affected his kindly nature. Although our conversation was brief, it was a great opportunity to find out more about the man they call “Sweet Music.”


How did you first become interested in baseball?: Just watching it. My father was a big fan of the game. When I was a young kid I always wanted to hang out with Dad. The Mets were a couple of years old, and my Dad was a New York Giant fan, so when New York went to San Francisco, he became a Mets fan. I became a Met fan, started watching baseball, and fell in love with it. Here I am, 46 years later, still enjoying the heck out of the game.


Your favorite team was the Mets, but did you have a favorite player?: I guess of all the Mets, the ’69 team I remember more, and the one player I followed more than anybody was Cleon Jones. That was the year that he hit .340, and I know that he got the putout for the final out of the seventh game of the World Series. That was very cool.


Do you have a favorite moment from your playing career?: Oh yeah. Going into the pile after Game 7. Pitching the first 8 innings of Game 7 of the ’87 World Series against the Cardinals, and watching Jeff Reardon get the last out of the game; a ground ball to Gaetti, over to Hrbek. Just telling my legs, ‘Get into the pile. Don’t collapse before you get in the pile, and just enjoy the moment.’ That’s what you play baseball for, winning the whole thing and being a part of that. That’s what I remember most.


Did you have a favorite coach or manager?: I had a number of them, but the guy who I drew most from was probably Tom Kelly. Tom was very special. He was what they call a player’s manager. A player’s manager is somebody who I say can be a friend. When he needs to discipline you or has something to say, you listen to him and respect him, and go from that point on. He was one of those guys where there was a fine line, and he was able to go along with that. You couldn’t help but love the man, and he got the results.


Is there anything about your career that you would do differently?: No, I’m very pleased with how everything went. If there’s one thing, it would probably be, and I would even argue with myself on this one… But when I had my Tommy John surgery, I gave myself a couple of years to come back to where I was, and didn’t get to that point. But I don’t think that I really gave it the best chance. So I guess if anything, maybe have gone a little longer to see if my arm rebounded, but then again, I would have missed a lot of my three kids growing up, and I tell you what, I wouldn’t trade in those years for anything.


What is the strangest play you remember seeing or being a part of?: Oh, that’s an easy one. Dave Kingman was at the plate with the Oakland A’s; I was pitching in the Metrodome. I threw a fastball and he hit it straight up above home plate, and it never came down. It got stuck in the ceiling of the Metrodome. So the following day… and he got a ground rule double on a ball that could have been fair, could have been foul, because that was the ruling at the time…  The following day, Mickey Hatcher climbed up there with the rest of the Grounds Crew, and found the ball and threw it down to pretend like we found it, and we completed the play 24 hours later. That was pretty cool and different.