The Sad Passing of Hideki Irabu 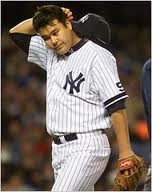 It was reported earlier this week that former Japanese baseball and Major League pitcher Hideki Irabu was found dead on July 28th, at age 42, of an apparent suicide. A star pitcher in Japan who moved on to the Major Leagues, Irabu was disliked and ridiculed for much of his American playing career. His tragic death is a sad reminder of how the once promising pitcher was turned into a pariah by the baseball world, after a series of controversies, and his failure to live up to lofty expectations.
Irabu was a well known pitcher in the Japan’s Pacific League. He was a power pitcher who threw a fastball that reached as high as 98 MPH, and led his circuit in a variety of statistical categories between 1988-1996. However, in looking at his career in Japan, he was not the superstar many believed him to be. He went 72-69 with a 3.55 ERA and 1282 strikeouts in 1286.1 innings. He was solid, but not dominant. The big fastball and strikeout numbers are what intensified interest from American clubs. The success of Hideo Nomo with the Dodgers had opened the door for other Japanese pitchers, and a number of Major League clubs explored the possibility of signing the right-handed Irabu.
Because of his fastball and stocky build, Irabu was heralded as the “Japanese Nolan Ryan,” a nearly impossible comparison to live up to. In 1997 the San Diego Padres bought his contract from the Chiba Lotte Marines for nearly 13 million dollars. Irabu immediately began attracting bad press after he refused to sign with the Padres, insisting that he would only play in the United States for the New York Yankees. His public perception never seemed to recover from that stance, as many believed that he did not have the right to make such demands, and saw his actions as arrogant.
Yankee owner George Steinbrenner must have been very pleased when he heard that Irabu would only play for his team. The Yankees had just started their resurgence as annual championship contenders, and Steinbrenner was invested in stocking the franchise with premium talent. Having them demand to play for the Yankees like Irabu did was like a fisherman having fish jump into the boat. Thus, it was not a surprise when a trade was worked out that brought Irabu to the Yankees two months into the 1997 season.
Despite averaging better than a strikeout an inning, Irabu’s rookie season with the Yankees in 1997 was a disaster. He went 5-4 with a 7.09 ERA, and was particularly vulnerable to the long ball, giving up 15 home runs in just 13 games (9 starts). Over the next two seasons Irabu did pitch a little better, reaching double digits in wins in both 1998 and 1999, but never turned into the star that many believed he would become.
The New York media were brutal on Irabu because of his disappointing career with the Yankees combined with his perceived attitude. It seemed that anything that could possibly be construed as negative was jumped on by the press when it came to covering Irabu. Every minutiae was picked apart, most noticeably his weight, and the perception that he did not go hard on every play. His reputation was sealed during spring training of 1999 when Steinbrenner referred to him in the press as a “fat pussy toad,” after he had failed to cover first base on a play.
The Yankees knew after three seasons that Irabu was not going to pan out as they had hoped, and the environment he was playing in was never going to allow him to flourish. They traded him to the Montreal Expos, and he played for them in 2000 and 2001 with little success, before finishing his Major League career with the Texas Rangers in 2002. Irabu’s career totals of a 34-35 won/loss record with a 5.15 ERA were indicative of his mediocre American career, and seemed to justify all of the scrutiny he received while he played.
What didn’t show up in Irabu’s final stat line was a legacy built by the media to portray him as a caricature. He failed so miserably at cultivating his image as the “next great player” that he transitioned into more of a punch line in the baseball world. Unfortunately he played right into the media’s hands. His disappointing results, lack of hustle, perceived arrogance, and a number of run-ins with alcohol, seemingly reinforced the public disapproval that originated through the media. Irabu was climbing uphill from the moment he refused to pitch for the Padres. The only way he would have been able to overcome his initial impression on American baseball was to live up to the Nolan Ryan comparisons, which were unfair and inaccurate to a ridiculous degree.
After the Major Leagues, Irabu occasionally appeared in the news because of his run-ins with the law, and he even pitched briefly in the independent leagues in 2009. He was obviously troubled, and was never able to get past not living up to the huge expectations placed on his shoulders. Irabu certainly played a significant role in how he was portrayed in the media, but his is a cautionary tale about what can happen when a player is not ready for the spotlight. His legacy in baseball cannot be changed, but hopefully now Hideki Irabu can finally find some peace.
Posted by Andrew at 8:54 AM